TSM Transport, the history of the refrigerated transport specialist 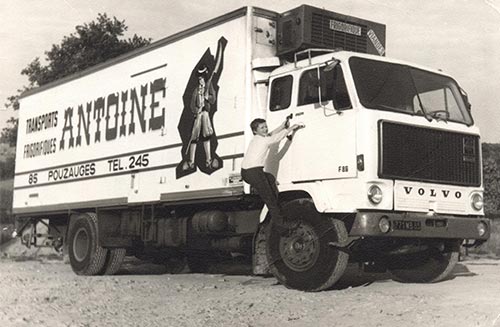 TSM is the international subsidiary of Groupe Antoine. Founded in 1987, TSM was based in Saint Michel en l'Herm in the Vendée, hence its name T.S.M: Transports de Saint Michel.

Thanks to open borders and meat crises, TSM has diversified into the consolidation in fresh and frozen goods towards the South and the East of Europe.

These companies allow TSM to be closer to its customers and to offer a personalized quality service.

In 2013, TSM Transports develop and open a new line to Eastern Europe. We offer now refrigerated transport of goods to Austria, the Czech Republic, Poland and Germany and 2 departures per week in consolidation from Paris to Poland.

ITAL'TSM moved several times. First time in 2003 to Bressuire (79), then in 2008 to Terves (79) to increase its consolidation capacity with a new platform.

TSM Esport is still based in Pouzauges and offers departures to Spain and Portugal in full load and consolidation thanks to its 17 gates multi-temperature platform.